The IJCAI Awards Selection Committee receives advice from members of the IJCAI-13 Awards Review Committee, who comment on the accuracy of the nomination material and provide additional information about the nominees. The IJCAI-13 Awards Review Committee is the union of the former Trustees of IJCAI, the IJCAI-13 Advisory Committee, the Program Chairs of the last three IJCAI conferences, and the past recipients of the IJCAI Award for Research Excellence and the IJCAI Distinguished Service Award, with nominees excluded. 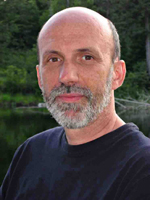 The winner of the 2013 Award for Research Excellence is Hector Levesque, Professor of Computer Science at the Department of Computer Science of the University of Toronto. Professor Levesque is recognized for his work on a variety of topics in knowledge representation and reasoning, including cognitive robotics, theories of belief, and tractable reasoning. 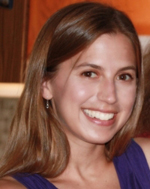 The winner of the 2013 IJCAI Computers and Thought Award is Kristen Grauman , Associate Professor in the Department of Computer Science, University of Texas at Austin.

Professor Grauman is recognized for her fundamental contributions to recognition and search problems in computer vision.

At IJCAI-13, the Donald E. Walker Distinguished Service Award will be given to Wolfgang Wahlster, CEO and Scientific Director of the German Research Center for Artificial Intelligence and Professor at the Saarland University. Professor Wahlster is recognized for his substantial contributions, as well as his extensive service to the field of Artificial Intelligence throughout his career.